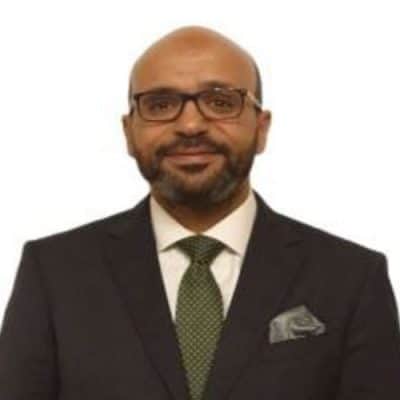 With over 27 years of experience in the field of Digital Transformation within the Financial Services world, Mohamed ElSabban is considered a visionary as well as a Thought Leader across the MENA region. During his illustrious career, Mohamed has led several large-scale transformations for banks and payment firms, all the way from vision creation through to technology implementation.
Today, Mohamed is an advisor to a number of governmental bodies and private banking institutions, as well as supporting AL Ahly “the African ‘Club of the Century’ “in its end to end transformation journey. ❖ Mohamed Joined Misr Capital (the investment arm of Bank Misr) in September of 2018 to lead the creation of a digital roadmap and implementation plan for the country’s first digitally led investment bank. ❖ The role also included a digital transformation advisor to Bank Misr chairman and the Board (parent company of MCI), focusing on a two-speed transformation program. The first stage was aimed at the cultural shift of one of Egypt’s oldest banks, from a tradition brick and mortar bank to a digital first operation. The second stage is designed to implement and integrate the technology needed to deliver on Egypt’s first digital inclusive bank. ❖ Prior to MCI & Bank Misr, Mohamed was the Group Head of Digital Banking & Innovation at the largest private bank in Egypt, Commercial International Bank (CIB). During his tenure with CIB, Mohamed established the digital bank division that through its innovations on both banking products and customer experience, was recognized as ‘the world’s best bank in emerging markets’ by Euromoney. ❖ Elsabban was the concept architect and founder for the first Fintech Company in Egypt (e-finance/ 2005) as the first national payment hub in the country ❖ In addition to the high-profile national transformation programs above, Mohamed has held various executive and leadership positions with reputable foundations across the Middle East and Europe such as; National Commercial Bank (Saudi Arabia), Boubyan bank (Kuwait), Raya Holding (Egypt) and Euronet (Hungary) Voluntary Advisory Roles ❖ In March 2019, Elsabban was appointed as the technology and digital advisor to the Chairman and the Board of Al Ahly Sporting Club (African club of the 20th Century) and the biggest sporting club in the Middle East. Mohamed is leading the club’s transformation strategy, which has set a goal to connect with its 80m+ fan base, through the use of technology, to make it one of the world’s top 20 most valuable clubs ❖ Elsabban is also very active in supporting early stage Fintech startups and he is a frequent keynote speaker at the most prestigious International conferences in addition to several participations as a taskforce member in many international initiatives covering Digital disruption, Financial inclusion, New Challengers’ Bank Models and Mobile Payment ecosystems.

❖ His work revolves around developing and articulating a future-focused vision for the Innovation agenda, Evaluate and assess new business expansion opportunities utilizing the latest digital capabilities and identifying strategies for products and services improvements with the focus being on accelerating the financial inclusion pace in emerging markets