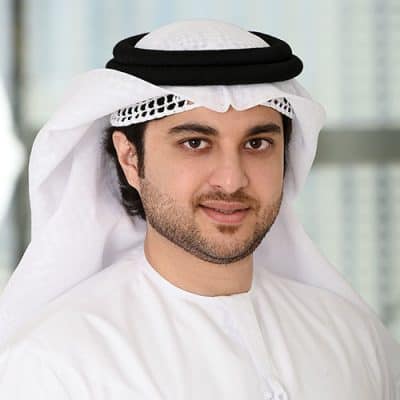 Mr. Mohamed Shalo is among the founding team of AMLCFT EO, he is responsible for leading national risks and policies efforts, and developing sound practices to mitigate ML & TF risks in cooperation and coordination with various stakeholders domestically and internationally.

In addition to his executive oversight in EO, Mr Shalo is the Chairperson for the UAE AMLCFT Public Private Partnership Committee, a federal level initiative established in June 2021 and responsible for enhancing strategic and operational partnership of public agencies with private sector.

He has contributed significantly to numerous national undertakings including being the AML advisor to the Ministry of Economy, served as the secretary for the UAE National Risk Assessment Committee for three years, participated in several high-level committees, assisted in the development of the UAE cross-border regulations and others. Prior to ADGM, Mr. Shalo was the Director of Licensing at the UAE Securities and Commodities Authority (SCA). He also served as the Supervision Team Leader for capital markets intermediaries.

Mr Shalo completed the Accelerated Development Programme from London Business School and He holds an Executive Master of Business Administration (Distinction) from American University of Sharjah, and Bachelor Degree of Accounting from United Arab Emirates University. He is a registered auditor with the UAE Ministry of Economy.

In this webinar, we will discuss the intersection between the two disciplines, how to get started with third-party due diligence, and best practices to facilitate collaboration across teams to reduce third-party risks. We’ll explore: ​